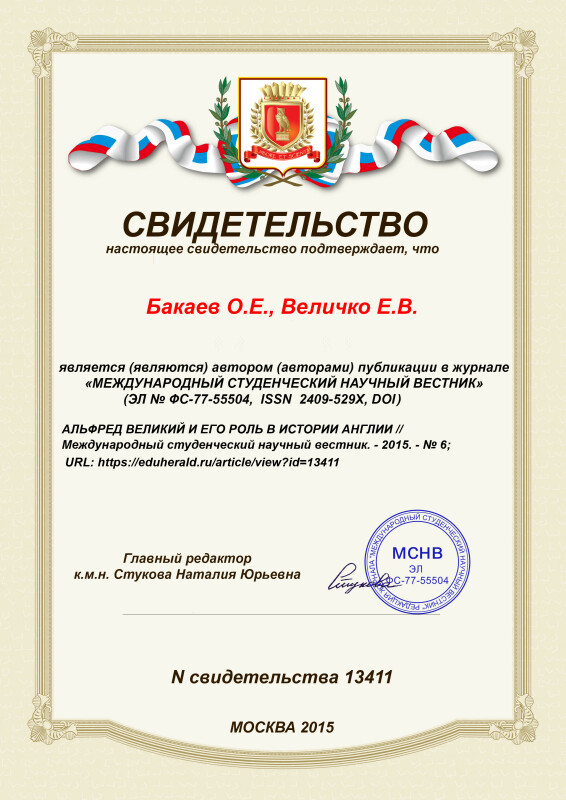 Alfred was born in a small village of Wanating, known as Oxfordshire now, in the Anglo-Saxon kingdom of Wessex that was situated southwest of England. Aethelwulf, the father of Alfred, was a reigning king of Wessex and Alfred was grown up as a prince. He was the youngest among his four brothers, and that was problematic for his kingship. The other brothers had more rights to be the king of Wessex.

However, Alfred was a smart boy who loved poetry and reading. He traveled to Rome as a child where he met the Holy Father. Alfred was anointed as a ruler of Wessex by Pope Leo IV.

Young Alfred was suffering from an unknown illness from an early age, and he was trying to find healing in Ireland at that time. Alfred had lots of problems with health throughout his whole life.

Evidence tells that he was not physically sturdy, and though was brave, he proved himself more for his intellectual abilities than a militant character.

Nevertheless, he decided to temper himself to be a brave fighter and, by chance, a worthy king. He was exercising hard on hunting, swordplay and riding to be on a par with his elder brothers and other adult soldiers.

Since youth he was fighting in the van, getting experience in the swordcraft. And by the age of 20, the time of coronation, he had been known as a skilled and lionhearted warrior.

In 868, Alfred was fighting hand in hand with his brother Æthelred I in an unlucky attempt to keep the Great Heathen Army led by Ivar the Boneless, the son of Ragnar Lodbrok, off neighboring Mercia.

The year that followed was called "Alfred's year of battles". Nine important battles were struggled with varying success; however, the place and time of three combats have not been verified.

In 871, the Vikings carried on attacking. Alfred's brother, King Æthelred I passed away, possibly from wounds received at the Combat of Merton.

Alfred was crowned after the death of Æthelred I, his elder brother. Over the next few years Alfred fought off the Vikings. After many fights, he believed they had finally achieved some kind of peacetime.

In 878, the Danish King Guthrum made a sudden charge in opposition of Alfred's army. Alfred escaped, saved himself, but had just a bunch of men of his own. He fled to Athelney where he planned his counteroffensive. The majority of the men of Wessex were worn-out with the constant inroad of the Vikings. They reunited about Alfred at Athelney and in a little while the king had powerful armed forces again.
With the new army, Alfred attacked the Vikings back. He crushed King Guthrum's forces in a battle and recaptured his fortress at Chippenham. Then Alfred demanded Guthrum to go into Christianity and reach a peace treaty that claimed the Vikings would stay on their territory, called the Danelaw, in the East of Britain.

Soon after the vanishing of Danish invaders, Alfred turned his attention to the growth of the navy force, partly to repress the acts of destruction of the Northumbrian and East Anglian Danes on the coasts of Wessex, partly to prevent the landing of renewed attackers. That is, as often claimed, the foundation of the English navy force.

Alfred's major military force, the Fyrd, was divided into two parts: half in (at home) and half out (in the field). The level of organization required mobilizing his large army in two shifts, one army was feeding the other and vice versa. The intricacy that Alfred's administration had reached by the end of 892 is proved by a reasonably trustworthy charter that involved a thesaurius - a treasurer, a cellararius - a food-keeper and a pincerna - a jemadar (a butler) respectively. Inspite of Alfred's annoyance in 893, when one King's army that had completed their summoning and gathering, gave up the siege of Danish army just as Alfred was only moving to lift the siege, this system seems to be working flawlessly on the whole.
The history of the church under the King is mostly hidden. Danish attacks had affected seriously on it; the cloisters had been special aims of assaults, and though Alfred established three monasteries and brought in foreign monks, there was no overall recovery of clergy under his reign.

To the ruin of education and teaching created by the Danes, and the practical death of the knowledge of Latin even amongst the priesthood, the preface to Alfred's translation into Old English of Pope Gregory's 'Pastoral Care' bears expressive evidence. It was devoted to solve those problems after his establishment of a court school, after the example of Charles the Great. For this purpose he imported scholars like Grimbald, John the Saxon from Europe and Asser from Wales. Those changes were considered at that time as providing models of ideal Christian monarchy and "most necessary for all men to know"

The King managed to apply those principles into practice, for example, in the creation of his law-code. He became persuaded that those in authority in church or state couldn't operate fairly or efficiently, lacking the "wisdom" obtained through learning, and set up schools to guarantee that future generations of clerics and secular supervisors would be better taught, as well as stimulating the noblemen at his court to follow the lead of his own example in reading and studying.

Bishop Asser presented Alfred as the impersonation of the ideal, but practical, Christian monarch. Alfred was the "truthteller", a heroic, quick-witted, godly man, who was free-handed to the church and concerned to rule his people righteously.

Those belonged undeniably to the work of his reign, likely to the last four years, during which the records are almost mute.

King Alfred did great work that when later generations looked back at his reign through his deeds; they saw only a king obviously more flawless than any one before or even after. It is known that the most curious of Alfred's masterpieces, his interpretation of Boëthius' Consolation of Philosophy, was the most widespread personal philosophical guide of Middle ages. And over again, Alfred deals very freely with his original and though the late Dr. Schepss showed that many of the additions to the text belonged not to Alfred, but to the quotes and comments that he used, still there is much in the work that is solely Alfred's and extremely typical for his mastermind. It is in the Boethius that the often quoted sentence occurs: "My will was to live worthily as long as I lived, and after my life to leave to them that should come after, my memory in good works."

The book has reached us in two manuscripts only. In one of these works with which the original is turned out into prose, in the other into exemplifying verse. The origin of it is in question even now; but possibly they were written by Alfred as well. As far as the authenticity of the work as a whole there has never been any doubt.
Dedicated to the King, the Liverpool University has created a King Alfred's Chair of English Literature.

Alfred passed away in October of 899. The last few years were not clear. The way he dies is a mystery. He had been suffering for many years from a painful disease.

His biographer, Asser, gave a complete picture of Alfred's symptoms and that has allowed modern medics to suggest a possible verdict. It is thought that he either had Crohn's disease or haemorrhoidal illness. His grandson King Edred was tortured by a similar illness.

In 1110, the priests moved to Hyde Abbey, with Alfred's body, the body of his wife and children, which were seemingly buried before the high altar. Soon after the termination of the abbey in 1539, during the period of the time in power of Henry VIII, the church was devastated, leaving the graves undamaged.
Summing up, it is apparently to say that Alfred was a great leader in battle, though he was even a better trailblazer and ruler during truce with foes. Once peace had been established with the Vikings, Alfred started rebuilding his realm.

With great focus on fighting off the Vikings, the educational system of England had almost disappeared. Alfred knew that education was important, so he founded schools and rebuilt monasteries. He even translated some classic works from Latin into English himself. Alfred's work has stood the test of time. He formed a kingdom that whole of Englishmen felt it as their home and a native literature to preserve their culture and tradition. He left behind no indignation to be avenged after his death. Having saved Wessex and the English nation as well, he made no attempt to war others down. Unlike Charlemagne he did not carnage his prisoners of war nor prolong his rule by terror.

Moreover, the King made other reorganizations and improvements to his kingdom including building strongholds throughout the country, creating a strong navy, and bringing talented European sages and craftsmen across the channel to England. He also created a national code-of-law.

More than that, he overpowered all enemies. He did not try to make them. Instead he restored and improved the Anglo-Saxon political culture, presenting it with the spirit of Christ, which had to form the basis for the liberal democracy that has been appreciated in the present world. He fulfilled his dream without a doubt: "My will was to live worthily as long as I lived, and after my life to leave to them that should come after, my memory in good works."