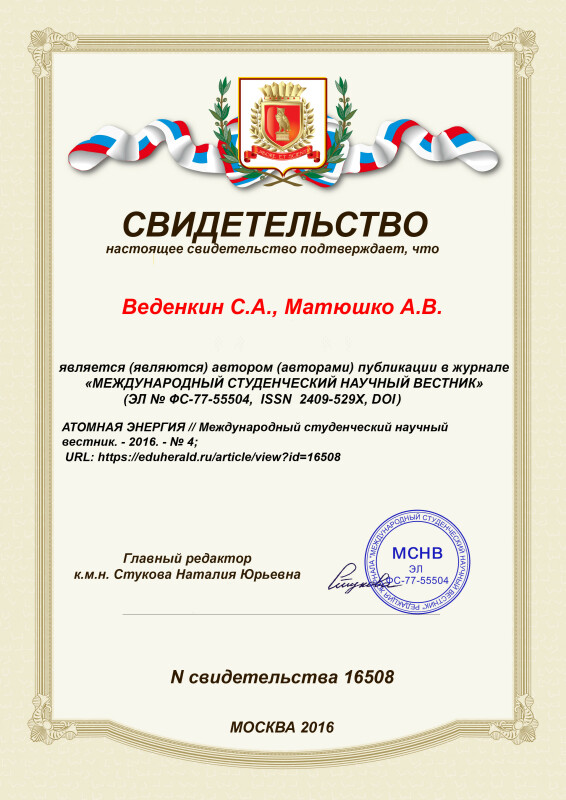 First of all, nuclear energy is one of the cleanest in terms of carbon dioxide production, and for decades it has been outcompeted conventional fossil fuel energy which is directly responsible for greenhouse effect nowadays. In addition, nuclear raw material contains far more Joules per kilogram of fuel than energy sources like hydrogen, shale gas or petroleum. Furthermore, previously mentioned aspects make nuclear energy as one of the cheapest options for nation’s energy politics due to the fact that raw materials are widely abundant and accessible.Secondly, in recent decade society is highly concerned about major drawbacks of nuclear power, especially growth of nuclear stocks in Middle East, as they can be used for nuclear weapon production and could ignite nuclear war. Another disadvantage is raising amount of nuclear waste that comes from nuclear power plants. Due to the fact that it is very expensive and in some cases even impossible to degrade radioactive waste, most of the countries have decided just to collect and store it for unknown period of time in underground warehouses. Although several scientific groups are pursuing a sustainable disposal technology for decades, there has not been a significant progress. In my opinion, probably the biggest threat for the society is nuclear power plant failures that could lead to disastrous consequences both to environment and human being.The atom bomb demonstrated that nuclear fission provided a new and powerful source of energy and that it might be put to peaceful use as well. In agriculture, atomic energy is sold in the shape of radioactive tracers in research for finding the best type of fertilizers formant. In medicine, radioisotopes of iodine are used for diagnosing brain tumors.Other radioactive isotopes are used for cure of the human laments – in the treatment of cancer, radio-gold. Radio-iodine and radio-cobalt are used. In industry, radio isotopes are used for measuring the thickness of paper, rubber, textile and metallic sheets for the detection of hidden flaws in castings and for the detects of the thickness, flow and separations of liquids.To conclude, I disagree that the benefits of nuclear technology far outweigh the disadvantages. I think, significant advances in nuclear processing technology are needed to safely exploit nuclear energy.