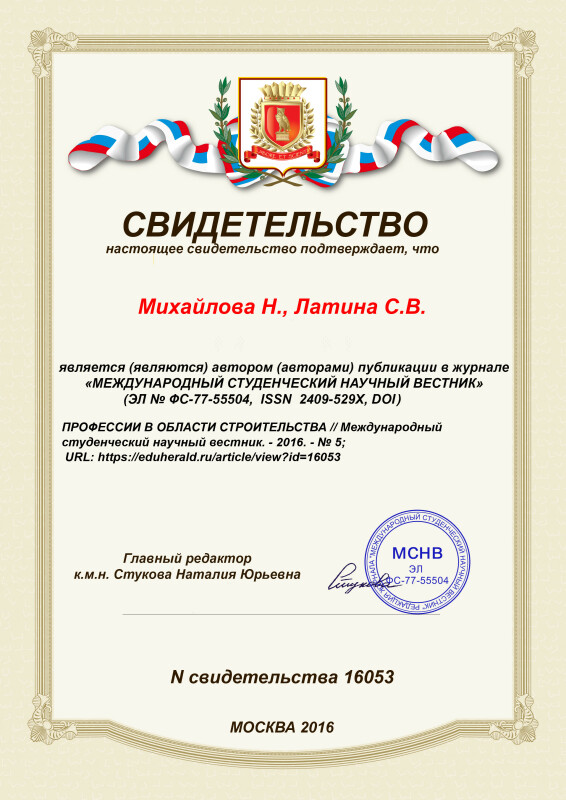 After graduation from university I will be able to work as a land surveyor, a realtor, a cadastral engineer and a geodesist. Now I would like to tell you about profession of geodesist.

Geodesy is a science about the study of the earth’s surface. This science is widely used in construction [1]. So, geodesist is a person, who determines the position of the points and the distances and angles between them. A geodesist is a very actual profession. A geodesist develops a theoretical base by measuring the territory and calculates the coordinates of the locality. He makes topographical plans and maps. He should be good at geodesy, topography, cartography, mathematics, physics, geography and geometry. A geodesist must be attentive, careful, accurate and observant. He should have an analytical mind, mathematical skills, a good memory and physical training. There are three levels of geodetic works. The first level is a survey on location, i.e. determining the position of points on the earth’s surface relatively to the local supporting points for the topographic maps. The topographic maps are necessary for construction and land registry systems. The second level is a survey across the country. The third level is global. It is a higher Geodesy that studies the shape of the Earth. The work of geodesist consists of two stages. The first stage is special measurements by means of geodetic instruments. The second stage is processing of the results using mathematical and graphical methods and mapping. Geodesist uses levels, theodolites, range finders and compasses for survey on location. Level is a geodetic device for determining the height difference of two points using the horizontal beam and leveling slats, vertically installed at these points. There are high precision, accurate and technical levels. Theodolite is a geodetic instrument for measuring horizontal and vertical angles. Recently geodesists began to use special laser scanners. I think profession of geodesist is difficult enough, but demanded, highly paid and interesting. So I want to work as a geodesist.